It's safe to say that Marvel's Guardians of the Galaxy was at a bit of a disadvantage after its announcement. This is partly due to the fact that we had already had a Marvel superhero adaptation under the Square Enix banner, and that left a lot to be desired (and still does). On the other hand, for many people, the cinematic universe after the Endgame marked the end of an era, and after the big saga that spanned years, such a product is much less of a thing. In a word, the Guardians had a difficult road ahead of them, not only to make amends for the mistakes of the predecessor, but also to justify their own existence. And, as they say, it's good to win in a losing situation, and Eidos-Montréal delivered.

We could go on and on about what Marvel's Avengers failed to deliver, but let's just say that in many ways it failed to live up to the expectations of fans, movie lovers and gamers. This alone was enough to make the majority wary, or better yet, not approach Guardians of the Galaxy (hereafter just Guardians) at all. And this is most unfortunate for the game, as Guardians is incredibly strong in the very areas that Avengers either lacked or just barely performed adequately.

And that is primarily the story and the characters and the dynamics and chemistry between them. One thing needs to be nailed down at the outset. No, this is not a feature adaptation of two films directed by James Gunn. The characters are the same, but not only do their looks differ from their film counterparts, but so does the story's premise and how it unfolds. At the start of the game, Peter Quill and his motley crew are about to pull off a heist in the hope of making a serious amount of money. Of course, as you would expect, things turn out in unexpected ways and the action ends with a hefty fine. The plan is to pay off the sudden fine, but predictably this will not go smoothly. Things escalate quickly after this and the team have to save the world in short order.

So the opening is sufficiently storybook and comic-book-like, and the game introduces all the mechanics in the mission as a prelude, so you can focus on character development of your team members later on. So Guardians goes to great lengths to show how Star-Lord, Drax, Gamora, Rocket and Groot are forged as a unit. In terms of gameplay, the first few hours of gameplay will introduce you to the combat system, give you an introduction to the development and give you a taste of the weight of your decisions. The game is therefore based on these three pillars, while the progression alternates between combat, "exploration" and dialogue.

And the exploration is only in quotes because the game is essentially a closed path, with only small and large branches and nooks, rather than a continuous open world. Still, it's worth exploring, as it gives you access to the resources you need to develop the game, as well as some additional items. The latter can be clothes that affect the look of characters (yes, you can find the cinematic looks, so those who have the most trouble with this can remedy it), as well as special items that open up unique dialogue options for team members, thus adding more nuance to their character. 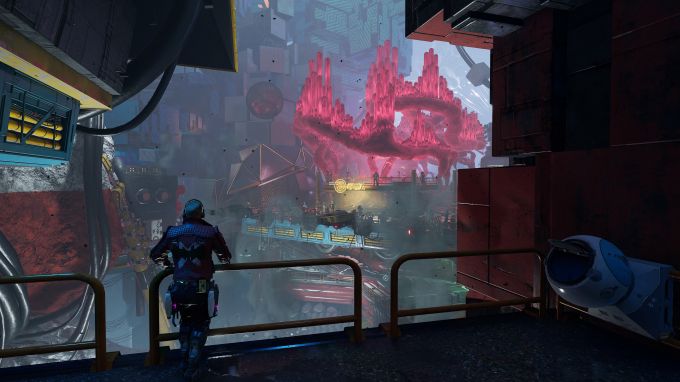 In terms of upgrades, we can make our Peter more and more efficient, thanks to the workbenches on the tracks and on our spaceship, where we can use the resources we collect to give him various bonuses and abilities. Our companions are a little more passive, with new moves that can be unlocked from the experience points they gain after battles. Of course, Star-Lord can also learn new tricks, but since the energy pistol we have automatically strengthens during the story and we can become more effective with the upgrades mentioned above, it is advisable to equip the others first.

And the combat combines the real-time clashes that are popular these days with some tactics. Your comrades are automatically thrown into the fray, but you have the option to give them commands to use their special attacks, either by concentrating all the fire on one opponent or by sharing forces between units. During prolonged combat, we have the opportunity to call the troops together and give a short pep talk. This has a double role, on the one hand, if we successfully deliver a speech, all members of the team will be temporarily invulnerable and their abilities will be charged faster (if we mess up, only we get the bonus), and on the other hand, it allows us to activate one of the many licensed tracks during combat. Not only does this fit Peter's personality, sticking to the old Walkman, but it can also make for some great situations. It's quite different listening to Holding Out For a Hero during a bossfight than slapping the vigilant guards of law and order to Dont Worry, Be Happy. 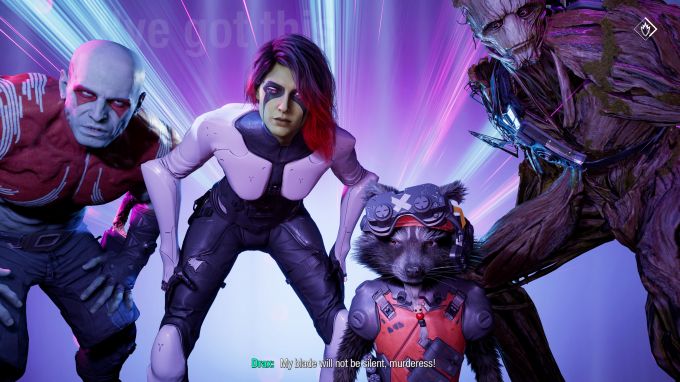 While the aforementioned enthusiasm is a clever addition to the combat, it unfortunately has some negatives. One is their ability to break up the flow of combat in spectacular fashion, and the fact that they cannot be stored away for later encounters. If you don't shoot them in a particular fight, you may as well take the time to use their blessing in the next fight. Another negative is that, although it is a clever way of hiding licensed music behind them, it is also confusing to have them in this form. I would have much preferred it if the developers had automatically inserted some of the tracks during the serious combat at certain points in the story - if they could do so during the cutscenes - and I would have appreciated it if the inserts had not been random.

Even with the above, the use of songs in this form is still an excellent add-on and can bring a smile to your face at least as many times as the characters do. This is due both to the aforementioned decision system, in which we have to choose between rushing and rethinking, and to the interjections of team members. In addition, the former not only determines whether we give the lame or the ridiculous answer, but also influences events at certain points in the story. It is important to note, however, that the outcomes are given, it is only the way to get there that we can change. We can also get feedback on these, thanks to the "and now Joshua will remember that you hurt him" subtitles that are typical of Telltale games, while at other times we can only change the outcome of a dialogue, which does not affect the big picture. 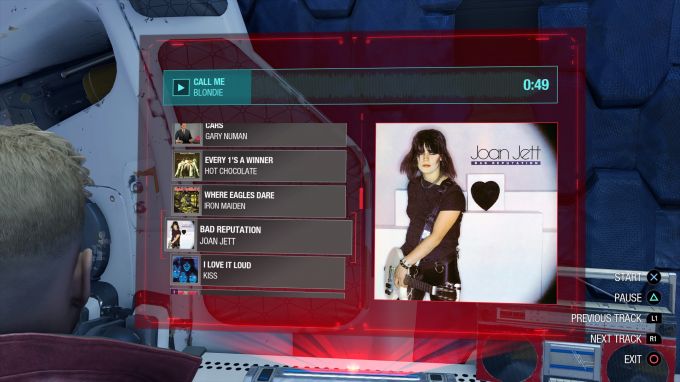 On one level, Guardians is a perfect example of a safety game, as it uses elements that we've come to expect from blockbuster titles today, without taking any risks. On the other hand, it's a real risky move, because it takes the risk of going against the popularity of the films (even if it does ride on their backsides a little) and presenting these characters from a different angle, giving them a greater depth of personality that the films were only able to sketch in a very sketchy way because of their brevity. Over the course of the roughly 15-hour adventure, the initial animosity, distrust and resentment is nicely tempered and the interdependence between the members is developed, which could ultimately save the universe. Moreover, the story is able to take unexpected turns on more than one occasion, with twists and turns that one would not have expected at first.

The aforementioned variety is perfectly matched by the portrayal of the characters, thanks in particular to the excellent voice work. Although our heroes are not voiced by industry veterans and megastars, they have all done a great job, delivering each scene exactly as the develoopers had envisioned. The game's locations can be spoken of in a similarly positive light, featuring not only dangerous planets but also locations (also) familiar from the movies, while at one point in the story even paying a little homage to the Marvel cinematic universe. 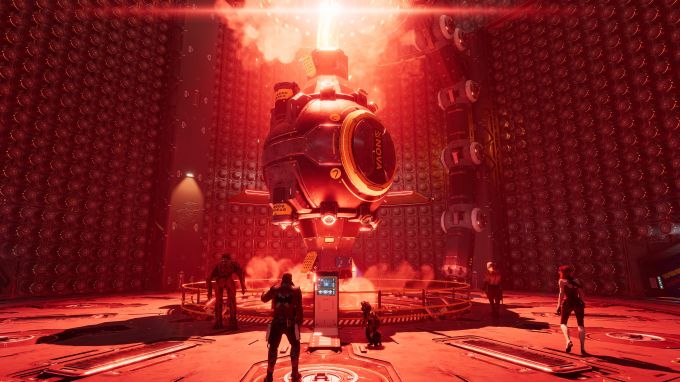 Technically speaking, Guardians is definitely worth mentioning, because although it is free of glaring problems and bugs, it will still be able to disappoint some people. This is due to the game's graphical settings. On the right platform, you can choose between the usual quality and performance options. The former gives you 4K visuals at the cost of a 30 FPS refresh, while the latter gives you the coveted 60 FPS at the cost of a 1080p image. It's worth noting that Gurdians doesn't look bad even in performance mode, but it does look noticeably different if you prefer quality. Fortunately, even with the flashy visuals, it can still keep the FPS number basically stable, so you don't have to worry about getting a slideshow all the time.

What's more, the Eidos guys don't just offer us a choice on the visual/performance axis, but on practically every aspect of the game. Think the combat is too long, but don't want to go easy? No problem, use a few sliders to adjust Star-Lord's damage, or even the time it takes to recharge your companions' abilities. Opponents are strong enough, but we're just shooting water pistols? No problem, let's crank up the power of our weapon. The game has literally tons of options like this and more, so everyone can tailor the experience to their own taste. And this level of developer support deserves an absolute round of applause. 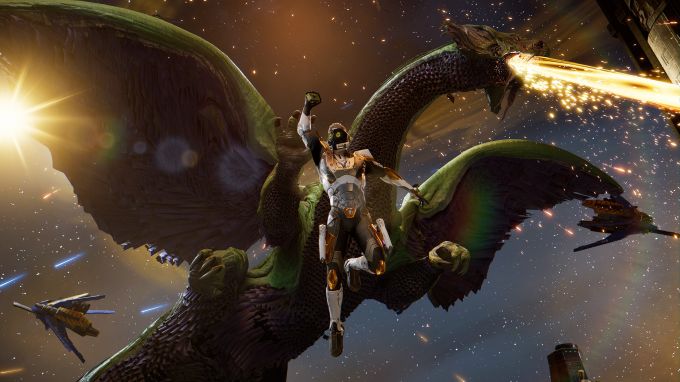 Marvel's Guardians of the Galaxy is not only one of this year's biggest positive surprises, but also a perfect example of a labor of love. Every aspect of the story and the characters shows that the creators enjoyed creating it and knew exactly what they wanted to do with the opportunity before them. An adventure of a few days, a road movie, the events of which we can enjoy shaping to our own liking. In the end, all that can be said, for all those curious about the imperfect team stumbling: Guys, huddle up!

Ubisoft+ Classics: a PS Plus előfizetéshez

PlayStation Plus: ilyen lesz a nyitókínálat!

Kao the Kangaroo: bemutatkoznak a hősök